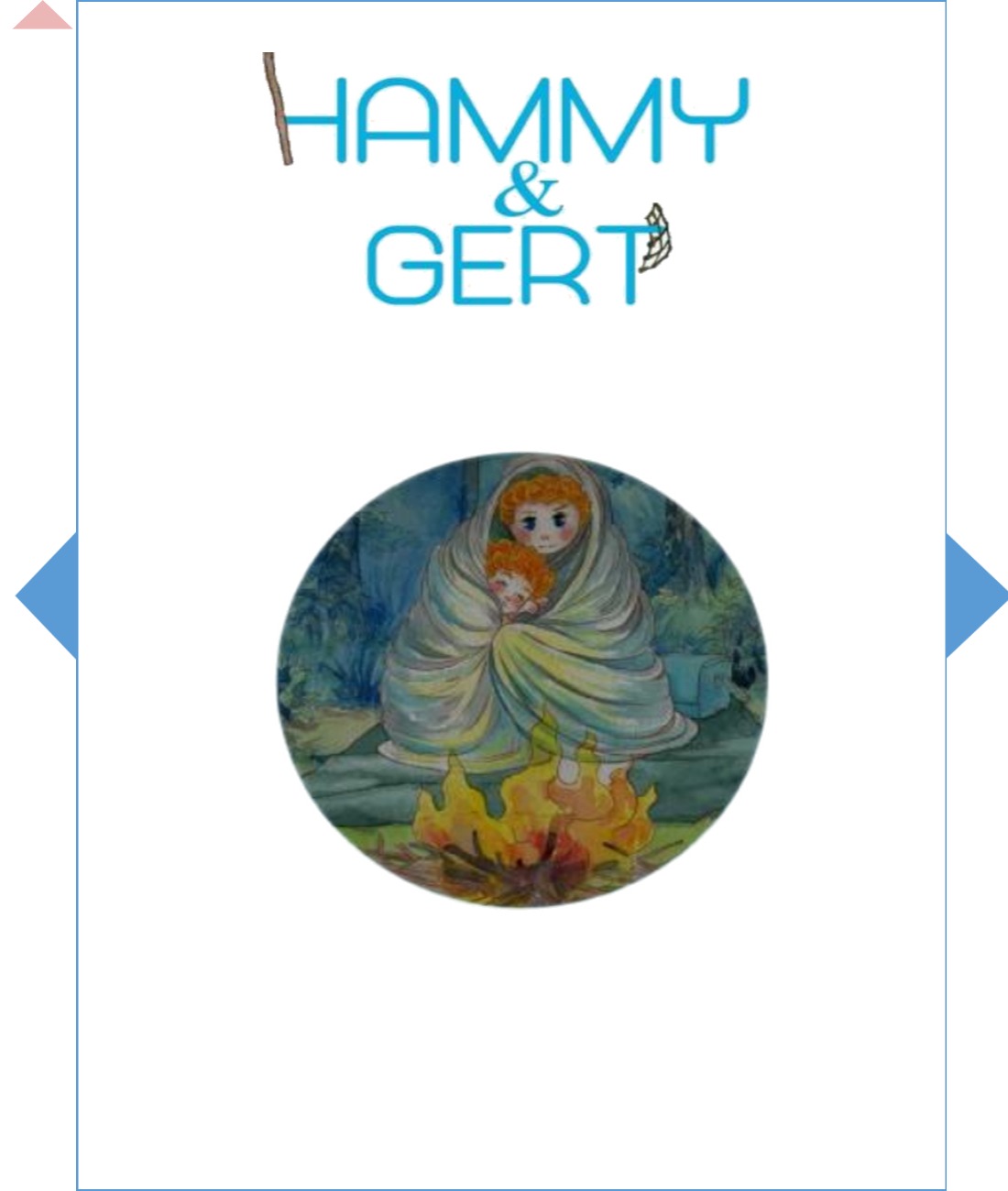 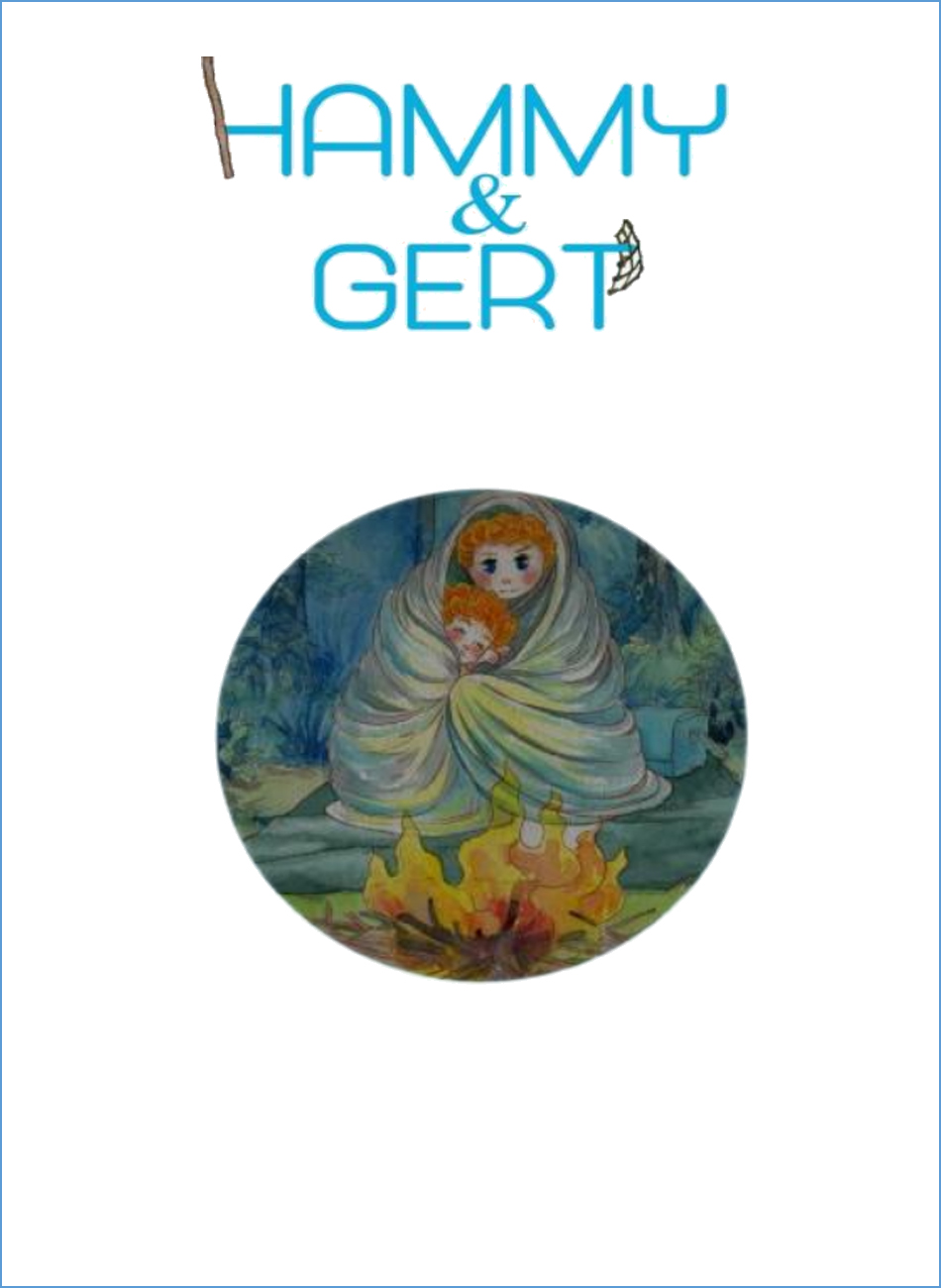 In a land of woods and waters and impossibly blue skies lived a brother and sister who took care of each other. They needed to because their parents were often occupied with their own business and ignored them. The father sold trinkets and was often gone for days as he traveled with his donkey and wagon. The mother spent a lot of time dressing in her finery and visiting town to party with friends.

So Hammy and Gert learned to meet their own needs. Hammy, with his great skills in observation, knew which plants were good to eat and which ones were good for wounds or upset tummies. Gert knew how to make webs and nets, so she had very useful skills, too.

One day they overheard their father telling their mother that he planned to venture farther than he had traveled on his journeys. He wanted to head past the mountains to see what was on the other side. He might not be back for years…or ever.

Their mother was not exactly heartbroken at the news. She had pretty much built a life for herself during her husband’s frequent absences. She would be just fine, thank you very much. 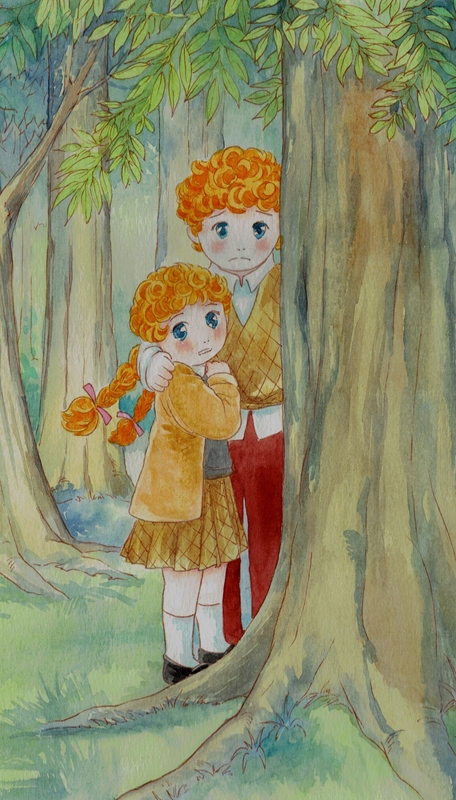 Now the only problem was the responsibility of the children. Why should she be burdened with taking care of Hammy and Gert every single day? Would anyone miss them if they were gone? She was sure that she would not.

Their mother’s cruel mind soon devised a plan. If she could take them into the forest surrounding their house, she could probably disorient them so that they would never find their way home. Even if they did, she would be gone by then. Her plan was to leave the house by the forest and move into the city where she could have fun every day. After taking all the valuables from the house, that is.

The day after the children’s father left, their mother suggested an outing. “Why don’t we go into the forest and have a picnic?” she asked brightly. “Come, let’s pack a basket.” She forced a smile and a cheerful manner.

The children were not used to being invited to do anything fun. Gert, the littler one, was excited. Hammy was suspicious. Why would his mother change tactics so suddenly? He didn’t trust her.

Hammy, constantly prepared for anything, decided to pack his own kit of supplies. It never hurt to have more than you might need. Much better than the alternative.

The children’s mother was not used to hiking in the woods. For the most part, she avoided anything that involved exertion and being in nature. But, since she was determined to achieve her purpose of being free from all parental responsibility, she thought that it would be worth ditching her high heels and perfume on this one occasion. She pretended to be excited for some quality time with her children.

As their mother led them into the woods, Hammy felt misgivings and Gert felt a sense of adventure.

Soon they were deep into the forest beside a crystal clear lake. A beautiful spot. They spread a blanket and ate the delightful food that their mother had packed. Perhaps daily life would improve for them.

After they had eaten their fill, they felt drowsy. 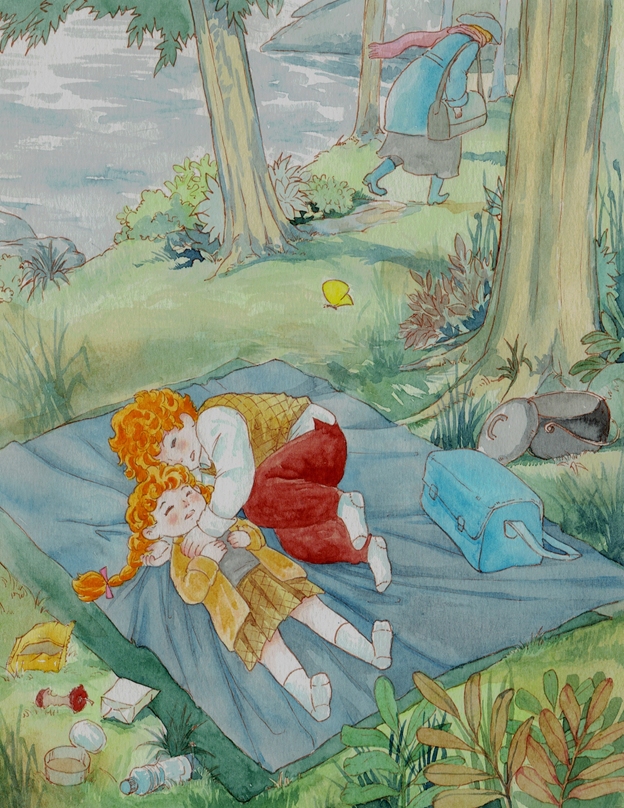 “Here, lie down on this blanket and take a nap if you want,” suggested their mother as she spread a second blanket on the ground.

“Let me make you some tea to settle your tummies,” she offered. She boiled a pot of water over the fire that they had built and sprinkled some herbs into it.

When she offered the cup to Hammy, he took a sniff. He still doubted her sudden generosity. But the tea smelled fine and he drank it down. So did Gert.

Soon they were both in a deep sleep.

“Now’s my chance,” chuckled their devious mother as she gathered her belongings and left the children in the forest. “Find your way out of this one, my pretties.”

Special thanks to Anne Murray
for providing us this excerpt from
her wonderful book.

to home page, or return to the book's TOC

- Click individual words (and keep clicking them) for help learning to

(where applicable) to hear words or passages read.