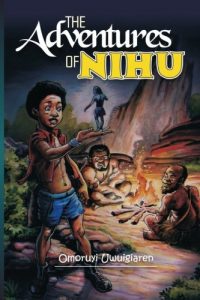 
The birds were singing before dawn as usual. The boughs of the trees danced quietly and bowed carefully to the sweet movement of the morning breeze. The morning rose from the dust and settled in the sky, gazing down at the Lonely Forest. A bright day was a beautiful welcome after a night of grief and fright. The darkness was replaced with the new hope the moment the new light chased it to its unholy interiors. One could rest easy in the comfort of such imaginings. As the birds paraded through treetops, making a living out of nothingness, Nihu stretched on the wooden bed. He was alive again. Alive to face the Herculean task that now hung around his thin neck. He sat up; exposing a bare chest that had yet to grow hair, although one could count a few. They stood like a monument in a vast land. His dark face was still covered in grime and sweat from the day before.

Nihu buried his head in his hands. His thin legs not too good to look at. He was not a fellow of fine physical attributes, scrawny with large innocent eyes stuck in the sockets of his skull. Yet his brain worked quickly and there had never been a streak of meanness in him. Nihu was ready to cope with whatever situation the world threw at him. He sat on the edge of the cot with his old boots as his gaze fell upon the stone that he must cast into the pit of fire. It seemed as if a slow luminescence came over it. It was as beautiful as the eye of evening thunder. Nihu studied the stone for a long time.

The boy was convinced that surviving in the Lonely Forest would take more than valor. Unlike his compatriots, in whose path he would walk if he disobeyed Magonda, he would surrender to the will of the creatures of the Lonely Forest. Going against the rules of the jungle would be walking on the wheels of fire. Nihu let his thoughts flow freely. If I had broken any laws, I would surely be on my way to the city that is six feet under. I did not kill my uncle. Moreover, I have never hurt any creature for no reason. Nor will I. I pray that the God of my ancestors remembers what is in my heart and will save me from the cruel hands of an unjust fate. He lifted up the stone and placed it near the battle-axe that was before him. A long sigh left his body. There is nothing to fear, nowhere to fall, when one has done nothing wrong. Nihu folded his arms, closed his eyes, and raised his face as if praying to the first messiah of the morning. Lost in meditation, he was without words for some time.

Eventually, he rose from the cot and threw on Phil’s old animal skin coat that was hanging by the doorway of the hut. It suited him well—a good look for a boy that was about to embark on an unknown adventure. Nihu took up the stone and battle-axe. First, he strapped the battle-axe at his side and put the stone in the pouch on a belt that held up his shorts. The stone would be safe there. He slung his rucksack on his back and left the hut. He went to the river to wash. When he was through, he set off in the direction that Magonda had pointed. 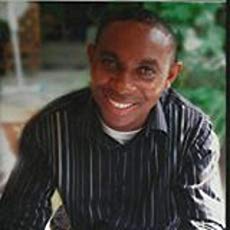 Special thanks to Omoruyi Uwuigiaren for providing us this excerpt from his wonderful book.