Letters can be strange. They can make different sounds depending on how they are used in words. For example, click the speaker button and listen carefully to the different ways the letter “A” sounds in these words:

From A to Z: all the letters have more than one sound, and many letters have 3 or more. These differences in the ways letters can sound can be very confusing. Learning to recognize which sound each letter in a word is supposed to make, is the KEY to becoming a good reader.

PQs is the short name for “Pronunciation Cues”. PQs “cue”, or, “tell” you, which of a letter’s sounds it is supposed to sound like. PQs makes letters tell you which of their sounds they are making by changing how the letters look. For example, click the speaker button and watch how different the letter “A” looks when we use the PQs:

By using the PQ App and paying attention to the different ways letters look when they make their different sounds, you will learn all you need to learn, to read better. However, if you would like to learn more about the different types of Pcues, just keep reading this page.

PQs makes letters bold, to tell you when they are making their letter-name, or alphabet sound. PQs makes letters gray, to tell you when they don’t make any sound at all. Watch and listen to each word below, and notice how the letters that are bolded sound like their letter-name sound, and the letters that are gray are not heard at all:

In addition to the PQs you have seen so far (bold for letter-names, gray for silent letters, and normal for common sounds), there are PQs to help you recognize the other different ways letters can sound.

The “er” sound you hear in “her”, and “burger”, can also be heard in many other words that use an “R“, but don’t use an “E” in front of it. For example, listen for the “er” sound in these words:

PQs tells you when the letter “R” is making it’s “er” sound by rotating the letter. Look at these words with PQs turned on and notice how the “R” is rotated:

Sometimes letters can make a longer and more drawn out sound, like the way the “A” sounds in “ball”. When they do, we stretch the letter to tell you:

PQs also stretches the letter “U”, whenever it makes it’s “whuh”, sound:

The two other kinds of Single Letter Exception PQs are raised and lowered. Sometimes, letters can make too many sounds for PQs to tell you exactly what sound they are making. When this happens, we raise the letter when it is making a “higher” sound, and lower the letter when it is making a “lower” sound. For example, to tell you that the “S” at the end of “his”, and “hers”, is making a “Z” sound, we raise it. Look and listen to the raised letters in these words:

Often the sounds you hear in words are made by the way two or more letters “group” together.  There are two kinds of groups: “combinations” and “blends”.

Blends are groups that sound like their letters are mashed together and spoken faster. With blends you can hear the individual sounds of the letters within them. To tell you which letters are blending together, we underline them with dashes. Pay careful attention to the sounds of letters that have dashes underneath them in the words below:

If you are interested in learning more about PQs you can visit our grid of examples that lists each letter of the alphabet and the types of PQs that it uses: AtoZ. 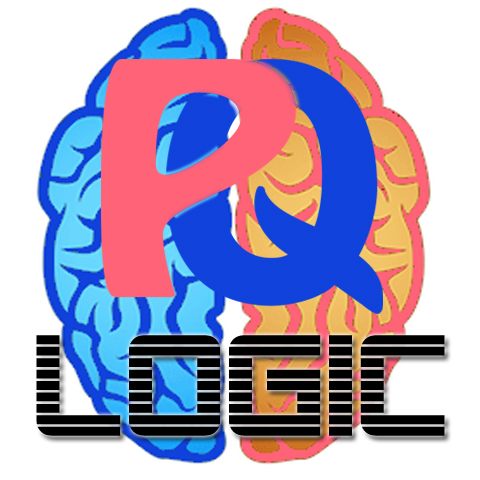 You can also review the PQs Key which provides additional examples by PQ types or PQs Logic which will explain the design and principles behind PQs.