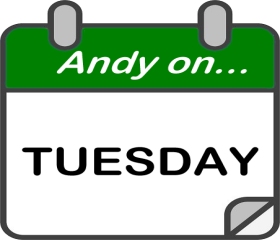 Tuesday morning and the same old routine.  The alarm went off and Andy tried to ignore it until the last possible moment, the moment that his mom yelled at him to get up NOW!  As Andy peeled back the covers, he could feel the cold winter air.  Man, that bed felt good, so warm and cozy, and maybe just a few more minutes … ANDY, I said NOW! Yep, Mom was definitely serious, so up he got.

Andy pulled on his jeans and put on a heavy sweater.  He even put on his wool socks, which felt great on his cold feet.  Shoes and jacket came next, and a quick check of his backpack to be sure he had everything he needed for school.  Then down the stairs, stopping just long enough to grab some lunch money (today was pizza day, and even the school cafeteria couldn’t mess that up), and a piece of toast to eat while he waited at the bus stop.  Luckily, he did not have to wait long.  The bus pulled up, the doors opened, and he got on.

His friend, Connor, was saving him a seat, as usual.  They didn’t talk much on the ride to school.  In the morning, most of the kids on the bus were like zombies, not really awake, kind of sleeping with their eyes open during the ride.  When they got to school, the kids poured out of the bus and went to their homerooms.

Andy and Connor started to sit in their regular seats beside each other, but the teacher had something else in mind.  Andy was searching his backpack for a pencil, and not paying much attention, until he heard the teacher ask Connor to sit at an empty desk across the room.  Oh no, this was not fair.  Sure, they whispered a little, but they didn’t cause any real trouble.  As Connor picked up his books to go to his new desk, he and Andy exchanged a sad glance.  Then each of them shrugged their shoulders.  It wasn’t a big deal exactly, it was just more fun when they sat together.

Andy wondered who would get moved to Connor’s empty desk, which happened to be near the front of the room.  As if reading his mind, the teacher told the class that they would be getting a student from one of the more crowded homerooms.  Andy sighed.  He was pretty sure that some dopey kid he didn’t know (and already planned not to like), would be taking Connor’s old seat.  When the door to the classroom opened, Andy did not even look up.  He was aware that someone sat down at Connor’s old desk, but he really didn’t care to see who it was.  And then a familiar voice said quietly, “Hi, Andy”.  Andy looked up quickly, his expression like that of a deer caught in the headlights.  It was Elisa from music class.  She of the long brown curls and the big brown eyes.

He was so shy around her that he could barely even look at her across the room during music.  He would glance up quickly, and then look away before she saw him.  Except that sometimes she did see him, and when she did catch his eye, she always smiled, and Andy’s face would turn warm all the way to the tips of his ears.  But seeing Elisa was the main reason Andy liked music class.  Now he wondered how he could possibly concentrate with her sitting right beside him.  Never mind that it was only homeroom, and mostly they just listened to announcements and waited until the teacher called roll to see who was there and who was absent.  Andy’s mind was a whirlwind of confusion.  He could not even think.

When the bell rang to go to math, Andy didn’t even hear it.  He didn’t appear to notice the other kids leaving the room.  It was not until Connor walked by and gently punched him on the shoulder that he came out of his daze and clumsily got to his feet, almost knocking over his desk in the process.  His teacher looked at Andy with concern. She asked him if he was OK, if he needed to go see the school nurse.  Without speaking, Andy, who was normally very polite, shook his head no, and stumbled out of the classroom with Connor at his side.

Connor knew what was happening with his friend, and to his credit, and as befitted his status as best friend, he did not tease Andy.  A lot of the guys thought Elisa was really nice.  It was not a surprise that Andy did too.  Andy somehow made it through the rest of the day.  He kind of remembered helping some of the other kids during math, and he managed to avoid the teacher’s eyes during reading, so he did not have to read out loud.  Lunch was a blur, as was the rest of the afternoon.

The day finally came to an end.  At home, Andy checked his planner to see if he had actually written down the assignments. Usually he did.  Sometimes, not very often, he forgot, and the teacher would fuss at him for not having his homework.  Today, although he couldn’t remember doing it, he had written down his assignment for reading.  Uh-oh, there, in his own handwriting, he saw the words, “Start new reading unit tomorrow, test Friday“.  He sighed.  It seemed that about the time he got used to one way of trying to learn to read better, the teacher jumped to something new.  Didn’t really matter anyway, he thought.  Even though he knew that his teacher tried really hard to teach him, none of her new ideas seemed to work for him.

For Andy, the worst thing about his trouble with reading is that it made him feel ashamed of himself.  He wasn’t used to feeling that way.  He was pretty good at sports, great at math, and he loved science, sometimes figuring things out before the teacher even explained them.  He was OK with history, if Connor was helping him with the reading part.  It was a fair deal, because he helped Connor with math.  But in reading class, he usually wished that the Earth would just open up and swallow him, so he did not have to feel like he was not as good as most of his friends.  Not that they weren’t nice, some of them would try to give him hints, or whisper the word to him.  But as he was stumbling through a sentence, this just wasn’t good enough.  He often wondered why reading was so hard for him.

Andy lay face-down on his bed, overwhelmed by his day.  Yeah, it was kind of cool that Elisa was in his homeroom, even if it made him nervous, and he was looking forward to seeing her (or just glancing at her) the next day.  He almost smiled to himself.  But that thought got stamped out immediately, as he remembered the new reading stuff his teacher had planned, and the upcoming test.  It was as though a gray cloud had settled around his head and blocked out the happy thoughts.  Reading and test – two of his least favorite words.

2) Why didn’t Andy like it when the teacher started a new reading unit?
a) none of the units helped him to read better
b) the stories were boring
c) he had to write stories

3) For Andy, what was the worst part about having trouble with reading?
a) the classroom was really noisy
b) he was ashamed of himself for having trouble reading
c) he thought the stories were silly.