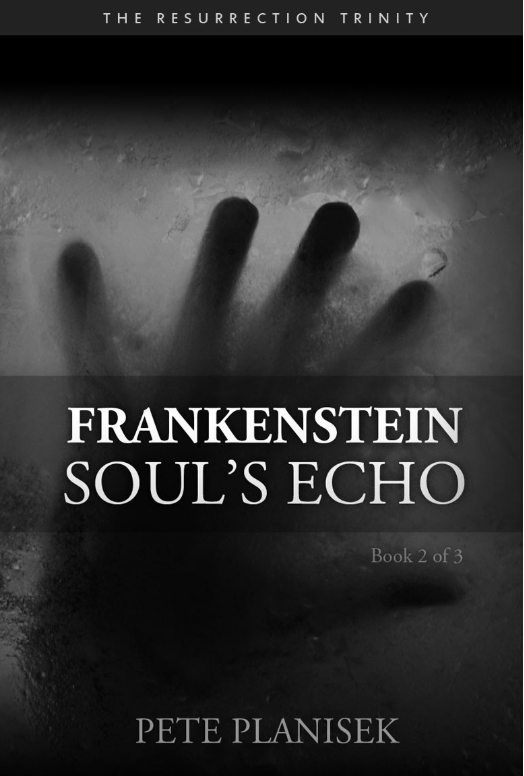 Excerpt from Book 2 of 3 of The Resurrection Trinity

Chapter 14: The Wolves and the Sunflower

Baseria yelled, cutting him off. Her anger burnt as a torch. She was furious. She’d believed in him. She’d championed the others to believe as well, but those hopes were false. Baseria had moved beyond the fear and the wounds caused by his own prior accusation. He seemed unable or unwilling to save them. What use was he?

As these last searing words escaped through visible wisps of breath, her body trembled with rage. He didn’t care about her, he never had. All he cared about was his own selfish needs. For the first time since she’d encountered one of them, she was comforted by the thought that one of the Old Ones stood only a few feet away, visible but silent. She stood before Ernest a moment longer then retreated. His expression never altered. It was as frozen as his heart.

She was halfway to the top of the dark turret, which led to the courtyard when she heard the voice.

She spun wildly, seeking the speaker. No Old One followed and she was certain the voice did not come from above or below. It must be here, beside her the young woman decided. But she was alone. Baseria fought her instinct to flee. Her tormentor was here. They must be. She would wait for the voice to speak again.

Without warning the flame of the candle she carried vanished from existence. She shuddered. The small hairs on her skin rose. There was a presence here now. One she’d not sensed before. It was behind her on the stair. She was sure of it. Her jaw shivered uncontrollably. It was here. She was afraid to breathe, even more frightened to move. What would happen to her if she did? She felt as if eyes were boring into the back of her, waiting for her to turn and look into them.

“Baseria,” it whispered again, practically, directly into her ear.

Her flight was manic, her motions uncoordinated. Several times she slipped on the icy steps, bruising her legs as she groped through the darkness in search of escape. She burst through the entryway of the turret and across the empty courtyard. She did not pause before the great fireplace in the entry hall to warm herself. Even here in the lit portion of the fortress she feared the voice would find her. Baseria’s eyes tore madly all around her as she continued to make her way back to the others in the reading room. What stalked her in this place? She sought only the reassuring presence of her companions.

As she rounded a corner, her head swung around to find Him towering over her. She gasped in his presence as her eyes looked away. His breath rattled in his lungs. He seemed harried.

“What is wrong?” the harsh voice demanded of her.

She could sense his unyielding gaze bearing down on her. He wanted something from her. He wanted it very badly. She could feel it. The imposing being took a step closer.

“It was not me,” he interrupted. “Speak. What has troubled you, girl?”

For an instant, Baseria genuinely wanted to tell him. Something in the voice betrayed kindness. Why would he show her that? Her thoughts momentarily returned to his treatment of her in the chapel, after the escaped prisoner had died. There was a moment then when she did not fear him. She wanted to ask him what had happened to poor Sebbi? But in her heart, she already knew. They all knew.

With every nerve in her body uttering in protest she turned her gaze upward and once more endured those sickening yellow eyes.

“I heard a noise.” It was a foolish admission. What if he questioned her about it further?

“… and you did startle me,” she hastened to add.

His head turned downward as he studied her for deception. Baseria managed to endure the scrutiny.

“You are returning to the reading room?”

It was not really a question. She nodded in assent. He looked upon her a moment longer then brushed his massive, black-cloaked form past her and stalked away. When he vanished from sight, Baseria leaned her back against the wall and drew in, what felt like, the first ragged breath she’d taken in for many hours. Her nerves hummed.

Were those merciless orbs the last things poor Sebbi saw? Would they be hers? It was maddening to constantly live in such terror, to feel so helpless. Baseria shook her head and suppressed her tears. She held her head up. She was going to die here, but not without a fight. She was Baseria Nalie, daughter of Jal and Mayte, trained in the ancient arts of the Seer by her grandmother. It was against her very nature to give up. She must find a way to save the others. By the time she reached the reading room, fear had once again been vanquished by anger.

Special thanks to Pete Planisek for providing us this chapter from his wonderful book.