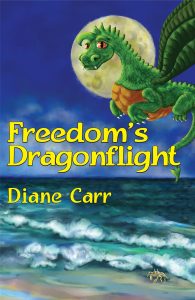 “Leviathan? Who or what is Leviathan?” Freedom asked.

Sunshine started to speak, but an awful stench made her gag. “What is that odor?”

“Sam said it was sulfur from the spring,” Charity said.

“It’s definitely not sulfur. It’s that!” Freedom yelled, pointing toward the sky.

A burst of hot fire shot from the sky toward the dragons. Needles of a nearby pine tree burst into flames. Its blaze backlit ominous black wings, and sharp talons of the approaching terror came into view. A beast more frightening than a nightmare swooped down and headed directly toward Freedom. 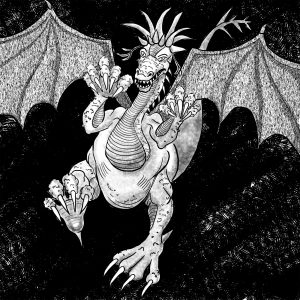 Freedom leaped sideways just in time. The monster shot up and prepared to dive again. Its odor permeated the air and the four dragons gasped for breath.

The second burst of flames were hotter than the first. It grazed Sunshine’s tail and she spun around in pain.

The beast’s talons punctured Charity’s back leg and dragged her across the ground.

“Ouch!” Charity roared as she reeled around to stare her attacker in the eyes. Malicious, translucent-green irises glared back. Charity closed her eyes, trembling in fear.

Freedom’s sturdy wings immediately lifted his body into the air. Fire was in his eyes. He roared loader and longer than he had ever roared before.

Primeval instincts kicked in as Freedom opened his jaws and shot red-hot flames at the attacker. With bold determination, he lunged forward, spewing his fiery assault, scorching the beast and driving Leviathan momentarily off into the night.

Trembling, Joy ran to Charity’s side. “What the heck was that?” she asked.

Sunshine licked the burn marks on her tail. “My guess is that is Leviathan. Wow, is he nasty!”

Charity inspected the punctures on her leg and yowled. “What are we going to do? He’s even bigger than Freedom.”

Sunshine tried to calm them. “We’ll work together, just like Mom said.”

“She’s right.” Freedom felt surprisingly filled with confidence. “Each of us do what we do best. Okay?”

Before they had another second to think or strategize, Leviathan zoomed in for another attack. Joy and Charity dove into the sulfur water and swam in rapid circles to create a whirlpool.

The beast snarled a wicked laugh. “Now you’re in my territory!”

He dove into his watery home but the swirling currents kept him afloat. Joy and Charity swam faster. He struggled, with his wings flailing in the water. Pulling his wings close to his sides, he dove deep into the sulpher spring.

Without hesitation, Freedom dove headfirst after him. He didn’t see the faded wooden sign:

WARNING!
The Bottom of Warm Mineral Springs
Has Never Been Found

Freedom swam deep into the murky water, following Leviathan’s every move. Freedom’s tail propelled him downward past shallow caves and ancient bones. His eyes stung from the acidic water, but he didn’t blink.

At a depth of 227 feet, Freedom followed Leviathan into a limestone tunnel. The tunnel angled upward, bringing the two into an airspace where there was a rocky ledge. Leviathan breached the water, and slid onto the ledge. Freedom crawled up behind him, panting for air.

Surprised at Freedom’s boldness, Leviathan stepped back; then, with hatred in his eyes, he lurched forward.

Tuned in to Freedom’s predicament, Sunshine stood on the banks of the spring, closed her eyes and repeated a drawn out, “Om, Om, Om,” directing her thoughts toward the evil beast.

Freedom noticed Leviathan’s hesitation. He seized the moment to shoot a series of flames, one after another at the confused beast.

Leviathan backed up to avoid the flames. The odd sound in his head caused an unexplainable weakness.

Joy and Charity, who dove into the spring to follow Freedom, arrived, and stood behind him. The concentrated and penetrating stares of this dragon trio was intimidating.

“Om,” Sunshine repeated, holding the ‘o’ sound with her breath and then the ‘m’ sound a few seconds longer.

Leviathan blinked and shook his head, confused by the strange sound in his head.

Freedom, Charity, and Joy stepped closer to Leviathan. He looked dazed and his muscles relaxed. The Om sound continued. Leviathan shook his head again to escape the sound that would not go away. His tail and wings lowered to the ground. His head dropped. All he could hear was Om.

Just before Leviathan collapsed to the ground, he mumbled, “You’ll never find the Singing Tower.” His eyes closed and he fell into a deep sleep. 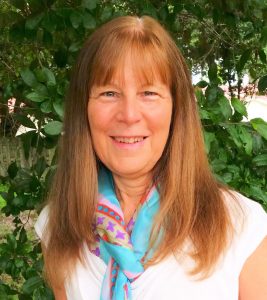 Special thanks to Diane Carr for providing us this chapter from her wonderful book.