The Shepherd Boy and The Wolf

Also known as, “The Boy Who Cried Wolf” 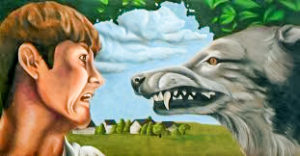 A Shepherd Boy tended his master’s sheep, near a dark forest, not far from the village. Soon he found life in the pasture very dull. All he could do to amuse himself was to talk to his dog, or to play on his shepherd’s pipe.

One day, as he sat watching the sheep and the quiet forest, and thinking what he would do should he see a wolf, he thought of a plan to amuse himself.

His master had told him to call for help, should a wolf attack the flock, and the villagers would drive it away. So now, though he had not seen anything that even looked like a wolf, he ran toward the village, shouting at the top of his voice, “Wolf! Wolf!” 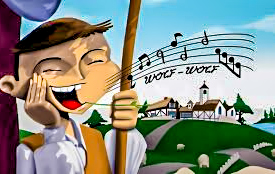 As he expected, the villagers who heard the cry dropped their work and ran in great excitement to the pasture. But when they got there, they found the boy doubled up with laughter at the trick he had played on them.

A few days later, the Shepherd Boy again shouted, “Wolf! Wolf!” Once more, the villagers ran to help him, only to be laughed at, again.

Then one evening, as the sun was setting behind the forest, and the shadows were creeping out over the pasture, a wolf really did spring from the underbrush, and fall upon the sheep.

In terror, the boy ran toward the village, shouting “Wolf! Wolf!” But though the villagers heard the cry, they did not run to help him, as they had before. “He cannot fool us again,” they said. 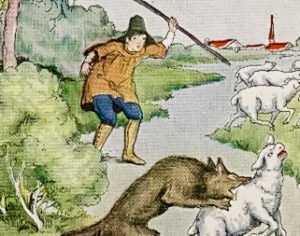 The wolf killed a great many of the boy’s sheep, and then slipped away into the forest. Liars, are not believed, even when they speak the truth. 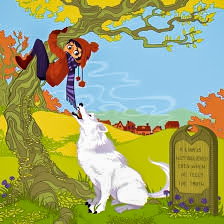 2. What did the shepherd boy do to make the villagers run to the pasture where he was watching the sheep?
a) He sent his dog down to the village to bring them back
b) he played such sweet music on his pipes that they wanted to come to listen
c) he shouted “Wolf! Wolf!”

3. How many times did this happen?
a) once
b) twice
c) three times

5. Who helped the shepherd boy and why?
a) the villagers helped because they liked him
b) no one helped because no one believed him
c) the dog scared the wolf away