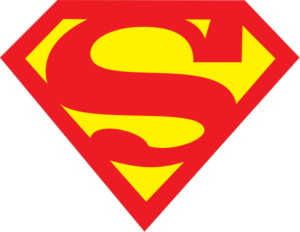 As a young boy, Clark Kent started to think about how different he was, from others.  He could toss a ball so far, it would go flying up so high that it could go into outer space.

He would play tag, and run around the entire town before anyone could see that he was gone.  Clark started to learn that he had special powers.

These powers were not always helpful though.  He had to hide his abilities from everyone else, and hiding his powers was hard.  He learned how to hide his powers in public, by controlling and mastering them.

As he grew up, he learned that his powers could help to save many people.  This led to the question, “How do I use my powers to help others, without anyone knowing who I am?

So he created a costume, something that would hide his Clark Kent identity, while he was being Superman.  From here, Superman’s path was about learning to defeat the bad guys of Metropolis, the city that he lived in.

Thus, he had to figure out how to win battles, to handle multiple problems at once, and to stay connected with his friends and family.

This could not have been easy to do, but Clark Kent learned to be the Superman, who we all know and love!

1) When Clark Kent was a young boy, he learned that he had
a) a lot of friends
b) special powers
c) a really nice family

4) To hide his identity when he was being Superman, Clark:
a) only went out at night
b) became invisible
c) created a special costume

5) In order to become the Superman we all know and love, Clark had to
a) learn how to stay away from bad guys
b) learn how to concentrate on one thing at a time
c) learn how to handle lots of problems at once