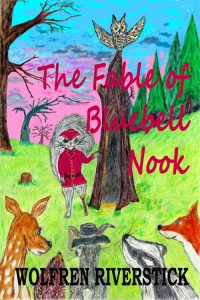 A loud yell resounded through the forest before a single creature had barely the chance to take more than a dozen paces.

All of the animals stopped dead in their tracks and turned to face the direction from whence the voice had come. This, of course, was a natural reaction to the command, although, at the same time, it was not a voice that anyone recognized and this also grabbed their immediate attention.

Each gaze was now focussed beyond the plinths of the elder council members, as one and all peered into an area of dead forest known as The Ghost Wood. Here was the very spot where Dutch elm disease had first broken out in Copperdusk Forest many years earlier. A handful of trees here had been left to die naturally because foresters had not caught the disease in time, therefore it had already taken a hold in this vicinity before they felled the neighboring specimens to prevent it from spreading. In this patch of woodland nothing grew, and ne’er did a creature venture, with the exception of one – Spook, a long-eared owl.

He was a highly revered fellow, for he was considered to be the bravest of all creatures, as no other would dare to enter The Ghost Wood. Although rarely seen, his eerie calls could be heard night after night as the owl swooped to and from his forest roost and hunting grounds. Then, during daylight hours he would often sleep undisturbed upon his perch, this being the hollowed-out remains of a once-magnificent elm tree.

All eyes were drawn to Spook’s favorite haunt right now, because the forest animals could see that another creature was also present in The Ghost Wood. A strange-looking silhouette loitered beneath the shadow of Spook’s Roost, as it was known, having emerged from the elm’s hollow interior to purposely shout out that one word. Each creature then gasped in amazement when the stranger stepped into the sunlight for all to see more clearly.

And what they saw really was the oddest specimen, that stood upright on its hind limbs – except one of these limbs was more slender than the other because it was made of wood. The creature wore a black patch over its right eye, whilst a tuft of fur beneath its chin had been allowed to grow long enough to form a tapered goatee beard. Upon its head there sat, cocked slightly forward, a tri-corner hat, crimson in color and edged with gold braid, that perfectly matched the three-quarter-length coat it was wearing. Sticking out at right angles on either side of the creature’s head – although obviously mounted upon its back – the hilt of two swords were visible, together with a crossbow and a quiver full of arrows.

“What manner of creature is it?” asked a somewhat perplexed Jack Buck.

“Looks more like a pirate to me,” remarked Redfers Fox.

But then the odd-looking specimen revealed its true identity when, to its rear, a magnificent tufted tail rose into view and momentarily twitched from side to side, its fine strands of silver fur spraying out in all direction as if it were a fountain of water cascading through the air.

“But grey squirrels are outlawed in our kingdom?” a doe rabbit said, questioningly.

“I guess this scoundrel must have slipped past the radar,” Redfers told her.

“Yeah, get lost!” added Keith Brown-Rat at the top of his voice.

“Get off our land!” Dave Brown-Rat chimed in. “And go back to where you belong.”

The rats’ attempt at inciting hatred towards the squirrel seemed to have the desired effect, and a series of boos and hisses immediately sounded amongst the crowd. However, these cries of disapproval were brought to an abrupt halt when Spook began to exert his authority. The owl threw up his wings, spreading his feathers to their full extent, whilst screeching and cawing with all of his might. At the same time, he menacingly rocked his head back and forth, outstaring his audience with a piercing gaze through eyes of glass-like amber. Spook’s threatening stance gained the instant respect of the crowd and silence reigned over Bluebell Nook once again.

“Let the squirrel say his piece,” Spook angrily hooted. “This is not the way to treat an invited guest.”

“What numbskull would have invited a squirrel to come here?” interrupted an elder mole in a mocking voice.

“I would!” snapped Spook, raising a claw and jabbing a set of sharp-looking talons towards his chest feathers. He glowered at the mole, which shrank back in fear and hurriedly buried itself in its own molehill. Then he turned his penetrating stare upon the whole audience, taking all of them in with one twist of his supple neck.

“Now, if any of you have a problem with this, you need to take the matter up with me,” he squawked.

The owl briefly paused mid-rant and waited, but there were no objections raised. He was confident all along that there wouldn’t be, of course, for he realised the animals knew they would have to face his wrath if anything was said. So, Spook resumed his conversation from where he had left off.

“Regardless of how you all feel about his species, I think you will find that the squirrel has something useful to say… His name is Silvertuft, by the way.”

“Nice introduction,” said the squirrel, craning his neck and cupping a paw over his one uncovered eye as he peered through the brightening morning light towards the pinnacle of Spook’s Roost. Then he tilted the brim of his tri-corner hat in acknowledgment of the owl’s support, before spinning about to face the assembly. Prior to addressing the audience, though, Silvertuft glanced in the direction of Sylvester Badger, waiting for the President to indicate that he could commence talking. (This was considered to be good etiquette in the animal world, because it was otherwise regarded as being of an ill-mannered bent, as well as showing a lack of respect for the elected leader.)

“Go ahead,” said Sylvester in a low, guttural growl. “Your audience awaits.”

In reply, Silvertuft politely tipped his tri-corner in the direction of the badger and quickly launched into his introductory speech.

“You have already been told my name,” he said, “but there is much you don’t know about me… I am a nomad, as well as being an adventurer and explorer. For many a sun and moon I have wandered this realm, often going far afield in my quest to find the Promised Land – this isn’t it, I hasten to add! No disrespect intended to you folks, of course, but I do have an idea of how to improve upon your kingdom. Until this very morning I did not know that Bluebell Nook existed, and I was certainly not aware of the danger you are in of losing your habitat. And this is the very reason why Spook sought me out, as I shall tell.

What is the setting for this story?
a) in a small village
b) in the woods
c) in the city

What kind of a creature is Spook?
a) a fox
b) a raccoon
c) an owl

Why did all the other creatures think that Spook was so special?
a) He was brave and wise
b) He had a great sense of humor
c) He was a wonderful cook

What kind of creature was Silvertuft?
a) a bear
b) a squirrel
c) a fox

How did the other creatures feel about having Silvertuft in their woods?
a) they were angry that he was there and tried to make him leave
b) they were happy to see him and welcomed him
c) they all ignored him

Why was Silvertuft in the forest?
a) he hoped to make his home there
b) he knew the animals were in danger of losing their habitat
c) he needed a meal and a place to sleep 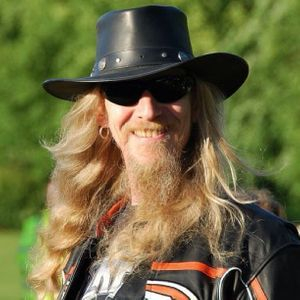 Special thanks to Wolfren Riverstick for providing us this excerpt from his wonderful book.