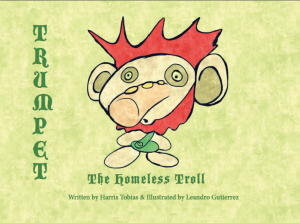 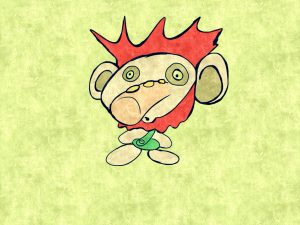 There was once a young troll named Trumpet who could not find a bridge to live under. A troll is not a troll without a bridge.

All of the bridges in the kingdom were occupied by bigger and older trolls who had been there for many years and weren’t about to move. 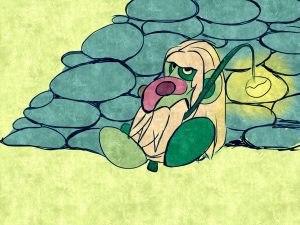 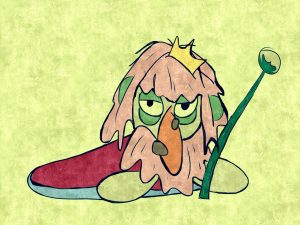 The big stone bridge over the river was taken by Og, the king of the trolls. He had lived under that bridge for cen- turies and it was considered the finest bridge in the land.

“I cannot find a bridge,” said Trumpet, “I have no place to live.”

“Look harder,” said Og without much sympathy, ”A troll must have a bridge or he is not a troll.”

Trumpet wandered for many days and looked under every bridge he found. Every bridge had a troll living under it. 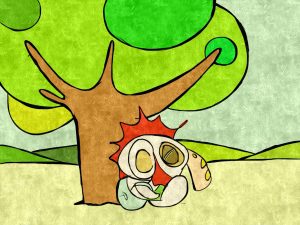 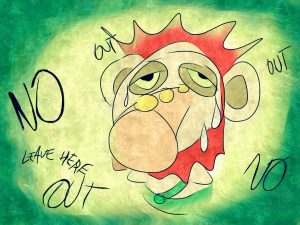 The only bridge poor Trumpet could find was a tiny footbridge over a tiny stream. Trumpet crawled under the bridge but it was so small his backside stuck out one end and his head stuck out the other. 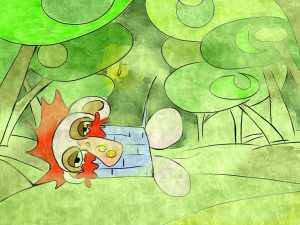 “This will never do,” said Trumpet quite discouraged, “I will have to look harder.”

A few weeks later, Trumpet was wandering down a country lane in a  remote part of the kingdom when he came upon a charming bridge made of round river rocks spanning a laughing stream. “Oh, that is the bridge of my dreams,” sighed Trumpet. “I wonder if the lucky troll will let me spend the night.” 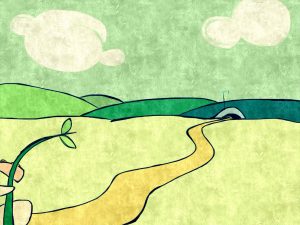 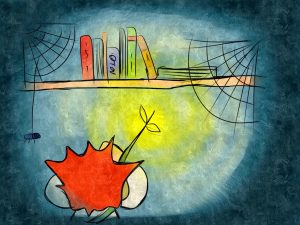 Trumpet looked around for the resident troll but there was no one there. He called out but no one answered. Finally, Trumpet looked inside the troll’s house under the bridge but it was empty and deserted. The house was filled with cobwebs, there were dust bunnies under the bed and mouse nests in the pantry but no troll in sight. Trumpet was so excited. It was too good to be true. He hardly dared to hope that he had found a bridge of his own. And what a bridge, arched and lovely like only a bridge in a fairy tale can be.

Not quite sure of himself, Trumpet slept outside on a wooden bench the first night. 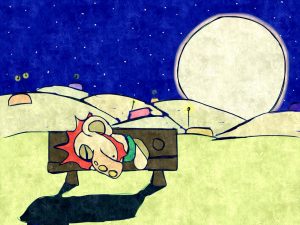 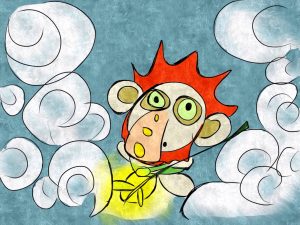 The next day he began to clean out the house and the day after that slept inside on the troll’s bed. Trumpet had found a home. 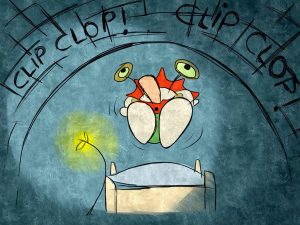 He was awakened the next morning by a clatter of hooves. Someone was crossing his bridge. Trumpet sprang from his bed and did what trolls all over the world do, he held up his hand and commanded the traveller to stop.

“Stop,” Trumpet commanded in his scariest troll voice. “No one crosses my bridge without my leave.” It felt so good to say “my bridge” that it thrilled Trumpet down to his toes.

From that day on, every traveler on that road had to deal with Trumpet. He made them pay a toll or dance a jig or give up their food. No one crossed his bridge without dealing with him. Trumpet was very happy, he had found a home. 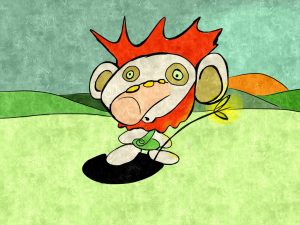 Special thanks to Harris Tobias for providing us this wonderful book.