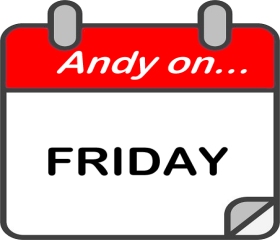 It was Friday.  Friday!  Test day!  Andy had spent a lot of time working on the computer Thursday evening so that he would be ready for his reading test.  He had read the stories with the PQs, and when he felt pretty confident, he tried reading them without the PQs.  Not perfect, but much better than the reading he had done previously.

Andy got up early and took a long shower, hoping it would help calm him. Today was a little warmer than the last few days and he could see a little sunshine peeking through the clouds, so he wore his new sweatshirt instead of the heavy coat he wore yesterday.  When he got to the kitchen, he decided to go for a protein shake instead of his usual toast.  He thought the extra protein might help him think more clearly.  It definitely couldn’t hurt. He could not remember what the cafeteria was serving for lunch today, so he decided to make a tuna fish sandwich, just in case.

Now he felt like a runner getting ready for a marathon race.  He had done everything he could do to prepare for it, and his only competition was…himself.  He felt anxious and nervous and excited, all at the same time.  As long as he didn’t freeze up when he sat down in front of the computer in the reading room, he thought he would do ok. He felt pretty sure that he would at least pass, and he would be really happy with a grade of C.  That would be a lot better than the grades he had been getting in reading.

The day moved forward with the speed of a glacier.  That is to say, the bus driver seemed to drive extra slowly, the announcements in homeroom just kept coming, and math seemed to take forever.  Andy was so focused on the reading test that everything else just got in the way.  Eventually though, it was time to go to reading class.

When everyone was there and seated, the teacher told the students to turn on their computers.  Then she told them to choose one of the two stories (astronomy or mythology) they wanted to use for their test. Andy had given this a lot of thought, and he chose astronomy. He had read the story about Neil deGrasse Tyson (one of his favorite scientists) and astronomy while he was studying for the test.  Andy enjoyed astronomy.  When the weather was warm, and Andy was feeling more social, sometimes Connor would come over, and they would sit on the bench on the porch and watch the stars and constellations.  A couple of times they had seen shooting stars, which was pretty special.

Andy had a pretty easy time reading the story.  He understood everything in it. Hard to believe that just a few days ago, he would have done everything he could to avoid a reading test, and now he couldn’t get started fast enough.  It was a pretty sweet situation so far and he was actually enjoying himself.  However, after he finished out the reading, and clicked his mouse on the test part with all the questions, his mind went blank.  It was as though he had come down with amnesia!  But he stayed calm, and reminded himself that he knew about this stuff, and how do it on the computer.

As Andy read the questions (with the help of PQs), he no longer felt the confusion that slowed down his reading. The answers came to him easily, and eventually, after just a minute or two, he was back in control of the situation. He actually knew this factual stuff.  He really did know it.  It was just that the words had been getting in the way.  But no longer. Just as he finished answering the last question, the teacher told them that it was time to stop.

Whew, for the first time in a very long time, Andy felt good after taking a test. He knew he did well.  Since the test that the class was taking was on the computer, the teacher was going to have grades for them that day.  She told them to stop by her room right after lunch if they wanted to view their grades today instead of having to wait until Monday.

Andy was having a tough time containing himself.  If he had enough time, he would have liked to hang out in the hallway outside the reading room so he would be there as soon as the grades were available. Eventually, lunch was over, and before going to recess, he walked quickly (more like ran, when he was sure no teachers were in the hallway) to the classroom.

There were already several people from the class clustered around the door, to which a piece of paper was taped.  As the others saw their grades and left (most of them smiling), Andy got his turn to look.  There just below the graph of test results was Andy’s name and beside his name was a….B!  Andy wanted to shout!  He wanted to turn cartwheels in the hallway.  He felt like he had just been given a trophy. He wished he could phone his parents to tell them what a wonderful, remarkable day he was having.  He did none of these, but by the time he got home from school that day, his cheeks hurt from smiling.

1) As Andy prepared himself for his test, he…
a) felt like a runner getting ready for a race
b) felt like he was wasting his time
c) felt scared and sick to his stomach

4) When Andy heard that the grades would be out that afternoon he:
a) felt sick
b) decided to wait until Monday to check on his grade
c) couldn’t wait to see what grade he got