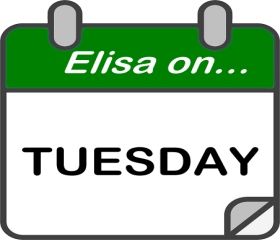 Elisa had gone over to Andy’s house Monday after school, to see his new PQs app that was helping him with his reading.  Reading had always been so difficult for her, but after about 30 minutes talking with Andy and listening to him explain how to use PQs to read, she felt as if the fog was lifting off of the reading part of her brain, and the sun was starting to peep through.  As she tried it for herself, she realized that although it was very different, it made sense.  It was the first time she had ever felt that a new reading program made sense.  After practicing awhile, it not only made sense, it started to get easier.  Andy was a good coach, and although Elisa wasn’t exactly flying through the stories on the PQ site, she was reading them in a way that she had never been able to before.

She had started off with a very easy story about a lost kitten.  She already knew a lot of the words, so she did pretty well on her own.  She went to a story that was a little harder.  It was a story about a war between some blue jays and a hawk.  It was a good story, but being very soft-hearted, Elisa felt sorry for the poor hawk, even though he was kind of mean.  By the time she got to the end of that story, Elisa understood what all the different PQs meant, and she was able to use them herself, for hints about reading words that were difficult for her.

Before the afternoon was over, she had read a poem about a garden, and a kind of scary Halloween story.  When she finished up the last story, Andy was grinning and giving her a high-five.  He yelled to his mom that Elisa was reading and doing a great job.  Elisa was a little embarrassed, but she was also proud and excited.  She could do this.  And the stories and articles she read today on the computer screen were only the beginning.  She decided to spend a lot of time working on PQs so that soon she would be able to read as well as Andy.

As she had described all this to her mother, she suddenly understood what was so different about this conversation.  For the first time ever, Elisa was talking about stories she had read.  Not stories she had to guess at, or stories she made up, based on the pictures.  No, she had READ these stories herself.

Oh no, it was almost time for the bus!  She had been so busy thinking about yesterday, and the PQs she had learned about, and the reading she had done with Andy, that the time was much later than she realized.  She got her lunch money to pay for pizza in the cafeteria, and she blew her mom a kiss, as she hurried out the door to catch the school bus.  On the bus, she was her happy and popular self, although she did not tell her friends about her new secret.  That would come later.

By the time Elisa got to homeroom, almost all the other kids were already in their seats.  As always, Andy had a big smile for her, and she burst into a bright and happy smile in return.  She was so glad that she had trusted Andy with her reading worries.  They agreed to sit together at lunchtime, and then the bell rang, and they went to their separate classes.

Elisa paid special attention in class today.  There were not too many word problems in her math class today, so that was pretty easy.  In her literacy class, when other students were reading, she tried hard to follow along in the textbook.  Although she did not raise her hand to volunteer to read, she did not try as hard to be invisible either.  She planned to take her book home tonight and catch up with her reading, with the help of PQs.  Wait!  She was taking her reading book home, not because she had to, but because she wanted to.  Unbelievable!  She almost laughed out loud.  For the first time ever, she was excited about her reading class.

When Elisa got to the cafeteria, Andy already had his pizza and was waiting for her.  Connor joined them, and they all started talking about the snowstorm that was expected to start later in the afternoon.  Then the boys started talking about a new series of books on magic, that they were reading, and Elisa was not embarrassed or ashamed.  She asked questions about the books and determined that when her reading had improved a little more, she would start reading the series too.

Elisa saw Andy one more time that day, in music class.  It was more fun now that he was no longer afraid to talk to her.  They had to be careful not to talk too much or the teacher would move one of them away.  This was how the music teacher let every student in her class know that talking during her class was not a good idea.

By the end of the school day, as the kids got on their busses, the snow had started to fall heavily.  Big fat fluffy flakes made it difficult for the bus driver to see the road at times, and he had to drive slowly, so Elisa’s ride home took much longer than usual.  Finally, though, the bus stopped in front of her house.  By now, the snow was piled up almost to her knees.  Elisa wondered if there would be school tomorrow if the snow continued to pile up through the night.  As she walked through the front door, she could smell the wonderful spicy smells of her mom’s cooking, coming from their cozy kitchen.  Elisa went into the kitchen, gave her mom a quick hug, and started setting the table for dinner.  As they ate, Elisa and mom shared stories about their day.  Afterwards, Elisa cleared the table and helped wash the dishes.  Then she powered up the computer at the desk in the living room, and she clicked on the PQs app to start her reading.

1) After 30 minutes of practicing PQs with Andy at his house, Elisa thought that it was:
a) just like every other reading program
b) very helpful
c) a waste of her time.

2) When she went to her literacy class, Elisa:
a) raised her hand to read
b) did not try to be  invisible
c) asked if she could be excused to go to the bathroom

3) At the end of class, Elisa decided to bring her reading book home because:
a) she wanted to catch up with the class
b) the teacher gave them a reading assignment
c) everyone always brought their reading books  home

4) When Andy and Connor started talking about books at lunch in the cafeteria, Elisa
a) joined in the conversation
b) was too ashamed to talk
c) left the table

5) If the kids talked too much in music class, the teacher made them:
a) stand up and sing
b) play the drums
c) move away from one another