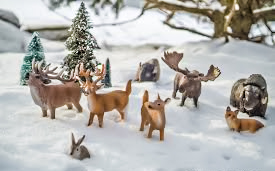 It had gotten cold. Snow was all over the ground. Many animals were hungry. That’s what happens at this time of year.

It was a hard winter. The Squirrels had known it was coming. They had built their nests higher.

They were magic, that way. They could tell what the new season would be like. We’ve never known how they do it.

They learned to do it a long time ago. A Squirrel Wizard, named Noah, found out how. He taught it to every Squirrel family. 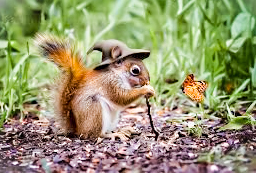 It’s a Squirrel secret. This magic works only among their own animal kind. But they do share what they know with us.

We are the Jay bird animals. Many of us are the color blue. Squirrels and Jays have been friends forever. Ever since the Wizard, Noah. 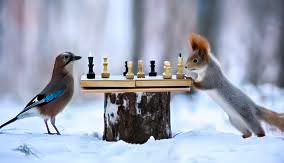 Their leader, Old Squirrel, came to us. It was about the end of that summer. He warned us. “There will be evil, in our woods, soon. If you are a Jay, beware!”

“The Hawk bird animal is near. He is hungry. He is a devil. He will attack you. Every one of you must learn new ways. Become a good fighter, each of you. Your lives depend on this.” 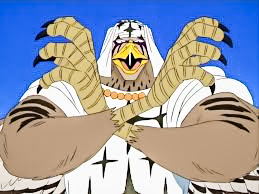 3) Who warned the Jays that there would soon be evil in their woods?
a) the hawk
b) Jane
c) the Old Squirrel