We believed the Old Squirrel. He was never wrong. We had to think in new ways. What should we do to protect ourselves? The Squirrels would help us out.

It was now their last, meeting. It was just before winter began. The leaders did their final planning. They ended by singing the Jay Song. The music was powerful.

The next few days went by, quickly. The Autumn season was near its end. There were no parties at the close of this year. No time for holiday fun. We were hard at work.

It was time for all Jays to learn the “Plan.” Every day began with the Jay Song. For all of us, this really helped. It kept our spirits high. 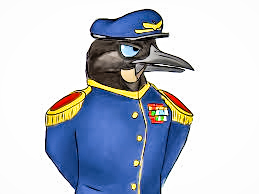 We had not known warfare for many ages. So we studied famous old books. General Skylord had left us much wisdom. We could not afford to ignore his learning. 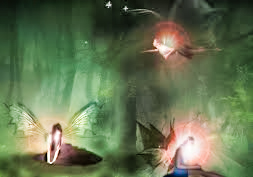 We listened, with care, to our leaders. “You must speed through the air, faster than ever! And soar, up, higher than the moon. Then dive down like rockets! Turn as fast as sparks from a fire. Be quicker than even, a Lightning Fairy!” 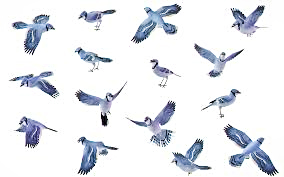 Our leaders built into us a new fury. How dare our way of life be attacked! Our chant was, “Beware us, Hawk Devil, and be gone! The Jays will pour down from the sky. You will fly away with fear. And you will never return!”

And now, it was time for us to learn even more. How would the squirrels help us? Their weapon would be the acorn! 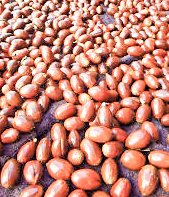 3) What weapon did the squirrels have?
a) spider webs
b) bows and arrows
c) acorns